What to do in a Nuclear Attack [Preparedness Guide] 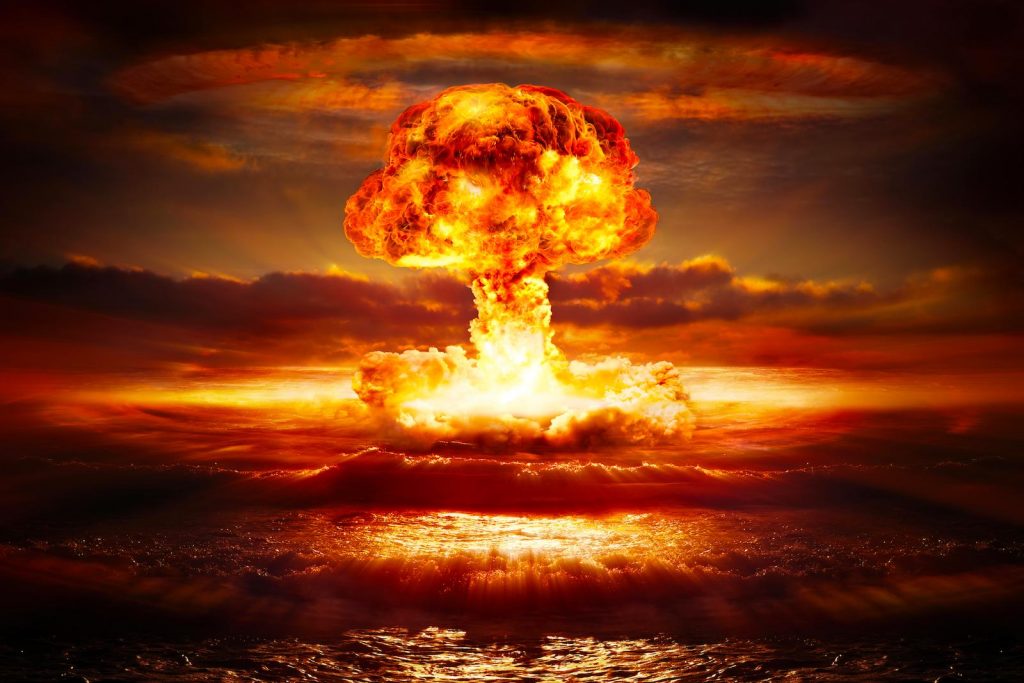 Being prepared for any emergency or crisis situation, whatever it may be is crucial to your survival. The same goes for a nuclear attack. While tensions only rise when countries are in a war, having an action plan for what to do in a nuclear attack would put you leaps and bounds ahead of most people.

What is a Nuclear Attack

According to the Department of Homeland Security, a nuclear attack is “the use of a device that produced a nuclear explosion. A nuclear explosion is caused by an uncontrolled chain reaction that splits nuclei to produce an intense wave of heat, light, air pressure, and radiation, followed by the production and release of nuclear particles”. This attack can expose people to radiation even if they are nowhere near the blast, as the radiation is very strong. That is why you should learn what to do in a nuclear attack, in the off chance one does happen, as it is always better to have the knowledge and preparedness skills than not to.

Nuclear attacks are highly dangerous, and can cause extreme death tolls among humans and intense damage to infrastructure. The radioactive fallout is equally as dangerous and can harm people and disrupt normal communications and power distribution. Nuclear attacks are measured in “yield”, which is essentially the amount of energy that they produce. For reference, a military nuclear weapon would be in the megaton range, while a terrorist attack would be expected to be in the several kiloton range.

What Occurs During a Nuclear Attack

The first thing that happens in an initial explosion, or the “fireball”, where there is a blast that can be tens of millions of degrees. Next, the shockwave will move away from the explosion, causing great harm to both the humanad and structures in its path. Next, the “mushroom cloud” will form where radioactive material mixes with vaporized material. Finally, fallout happens as the wind carries the particles and contaminates large areas very quickly. In the initial stages, a circular area will be directly affected by the heat, shock, and radiation. The radioactive fallout will spread in a pattern consistent with the wind. Lethal radiation is able to travel, even to several miles away.

The intense heat of the initial explosion will create mass fires and damage buildings and all of the surrounding area. The pulse that is produced will also likely interrupt communications. The health effects from the radiation and energy can range. Acute Radiation Syndrome can happen in those who were exposed to radiation levels from 50 to 100. Fatalities begin at around 125 rad. Everyone can be affected differently; fetuses and infants are more sensitive and stem cell growth is often imfapired, as is brain function.

The Department of Homeland Security has outlined action plans for those who are outside as well as those who are inside when a nuclear attack occurs.

If you are outside, you will want to lie face down on the ground and cover as much of your skin as possible. This includes the mouth and nose, if you can you’ll want to use a piece of clothing to filter particles from the air. If you see a cloud of debris approaching you and think you’ll be able to move, run on a perpendicular path to avoid as many particles as possible. When you are able to get inside, remove all of the clothing that could be contaminated or would have harmful particles on it, and wash your skin. Be careful, however, not to scrub harshly and harm the skin even further. You will also want to bathe your pets if they were outside as well to make sure their skin is safe.

If you are able to evacuate, you want to be as far below ground as you can get, perhaps in a basement. Shut off ventilation systems and air conditioners, and make sure all doors are sealed safely shut. This is to make sure the fallout will pass and you will be exposed to as few harmful particles as possible. Fallout is most dangerous in the few hours after the attack, so you’ll want to remain inside. Since telecommunications will likely be down, this is the time to whip out your battery operated or hand crank radios to see if you can get any information from authorities. If this is not possible, you will want to plan on staying inside for at least 24 hours.

The most important element of success in a nuclear attack is preparation. If you have routes that you routinely take, maybe to school or work, choose shelter locations in those places and along those routes that you and your children know about in case of an emergency. It’s a good plan to have an emergency meeting location outside of your home anyways for overall emergency situations.

There are many supplies that will help you during the nuclear attack. The first two would be water and food. A stockpile of food for three day’s worth per family member is advisable. This can be in the form of regular foods or MRE’s or protein bars, as long as you will all be able to get the recommended minimum 1,200 calories per day. Water is perhaps even more important. Your stockpile should have one gallon of water per person per day. You will also probably need to use this water to rinse your clothes and your pet to make sure there is not any radioactive fallout present.

You’ll also want to make sure you have a battery or hand crank radio so that you can hear from local authorities, as major communications are likely going to be unavailable during this time. If you have a battery operated radio, make sure you have backup batteries on hand. Many of these radios now also have USb charging stations so you can charge your devices and cell phone in case services do resume.

A dust mask or N95 surgical mask can also be helpful, as these masks cling to the fact in order to make sure harmful particles don’t enter the airway. You’ll also want to grab your essential medications in case you have to shelter in place for more than 48 hours.

How to Create a Safe Room

Building a safe room can give many families peace of mind that they will be able to remain safe during an emergency. To survive a nuclear blast, you will want to be 3 feet deep underground with 36 inches of protection on either side to protect you all from the blast if possible.

Above ground in your home, the easiest first step you can take is to add thick heavy curtains to rooms in case glass is shattered during the attack. It’s also recommended that homes build a thick walled refuge, but if you do not want to build one, you can use sandback stacked against the walls of your safe room to protect you as much as possible. Even closets can be converted into safe rooms if you add a solid core door and a deadbolt lock. The door is very important, as it will probably weigh several hundred pounds and be able to be secured from a single point. Sound insulation is also important, and walls should go from floor to ceiling. You will also want to keep food, water, communication devices, and a copy of your emergency kit in the safe room.

You can also turn your living room into a shelter if that is your only option. To do so, first find a table or desk that is tall enough to cover your family. Then, surround it with a mattress or other objects until you have a few inches of protection. You’ll want to bring your supplies into here as well.

Learning what to do in a nuclear attack can help you be better prepared in case of an emergency. So keep some of this info in the back of your mind in just in case something as catastrophic like this happens.